A look back at Quattro Development’s start

It was late 2008 and the reality of the changing economic landscape was finally starting to sink in.  Michael Liyeos and I had left our jobs at InSite Real Estate in the 2nd quarter of 2007 when the attitude among those in commercial real estate was at peak exuberance.  There was enough free shwag at the ICSC Recon convention that year to provide Christmas presents for my entire family.  However, as we waited for a one year non-compete clause to expire, the foundations of the economy began to show cracks.  When Lehman Brothers fell it was concerning but we had never operated through a recession so we didn’t know what exactly to expect.

We had three properties under contract in Tennessee where we intended to build three new dental offices that we would lease to a national dental chain.  We had 15 year signed leases with rental rates that provided a strong return on project costs.  We would make good money, reinvest it in future projects, and be off to the races.  Financing the projects was an afterthought.

We secured a term sheet from a large southeast bank and ordered an appraisal.  We were preparing to close on the acquisitions while the bank took the projects for committee approval.  Then we got the unnerving news that the loan request was denied.  A setback but nothing insurmountable we thought.  We went to a second medium sized bank and executed another term sheet.  Six weeks later we had the same result; loan request denied.

Financing the projects was no longer an afterthought.  We pleaded our Sellers for more time and funded additional non-refundable earnest money.  We proceeded to call 40 more banks that operated in TN and set up 5-10 in person meetings with the banks that showed interest.  As we made our road trip across Tennessee we were rejected over and over again and the economy seemed to only be getting worse.  After our penultimate meeting, doom was the new exuberance.  However, we had one more bank left.  It was Clayton Bank & Trust in downtown Knoxville.  We showed up and were ushered into a conference room by the loan officer.  Not five minutes later, an older man with a book showed up (in my memory he was carrying a banjo but I think that is just the way legends grow).  On the cover of the book was the photo of a man with a striking resemblance to the man who had just walked in.  “Hi I’m Jim Clayton, sorry I’m late,” he said.

It turned out that the man in front of us was the founder of the bank.  He had grown up as the son of a sharecropper in Western Tennessee but had opened a few used car dealerships and parlayed that into one of the largest manufactured housing companies in the country.  He eventually sold Clayton Homes to Warren Buffet for over $1 billion.  Clayton Bank (Jim’s second foray into banking) was set up to give back to the community.   All of the profits of the bank were to be donated back to the community.  The books Jim was carrying were his own autobiography which he generously signed and gave to us.

“Amazing story,” we thought, “but could he be the miracle we need?”

We explained our story; that we really knew what we were doing and these were great deals!  This was despite the fact that we had never actually developed a property on our own before.   Jim listened and at the end said “I think we can do these deals.”

We walked out feeling on top of the world.  I had recently been married and was scheduled for my honeymoon in a few weeks.  The day before my honeymoon I was wrapping up a site visit in Oklahoma City when I received a call from the Clayton Bank loan officer, “Rob, I f’d up.  I’m so sorry but the committee is saying we can’t do these deals”

That pit grew in my stomach and I wasn’t sure I was going to be able to breathe.  I hung up and called my partner Mike to see what we were going to do.  He pulled out Jim Clayton’s business card and called the only number on the card.  It turned out to be his cell phone and he was in the middle of a cocktail party in Las Vegas.

“Who is this?!” he said straining to hear.

Mike explained who we were and why were calling.

“Don’t worry, I’ll take care of it,” Jim said after recalling who we were.

Not ten minutes later my phone rang again.  It was the loan officer for Clayton Bank.

I took a long breath of relief as I rushed to the airport to get home to leave for the honeymoon the next day.

As it turns out, Clayton Bank did fund those first three projects.

It also turns out that on the first half of our honeymoon, we brought two teenagers from the west side of Chicago with us to the YMCA World Camp in Prague.  It was part of a program called First Chance that I had founded with a fraternity brother to help lower income teenagers study or volunteer abroad.  It was a memorable trip to say the least.

I mention that because when I returned from the honeymoon, Jim Clayton had suggested I could request funding from the Clayton Bank & Trust charitable foundation for First Chance.  I did so, and sure enough, a few months later we received a $15,000 donation from the bank to our organization.

We at Quattro will forever be thankful for Jim Clayton; both for his foresight on our projects and his generosity.  Without him, it is unlikely that I would be writing this or that Quattro Development would even exist.  It is also a great reminder that sometimes the difference between success and failure hangs on a thread.  While you can always increase your chances at success by turning over more rocks, sometimes everything just needs to align.  We remind ourselves often with gratitude that we found our Jim Clayton.  At the same time, we empathetically realize that sometimes, for some people, despite all their efforts, Jim Clayton doesn’t show up.  Hard work, empathy, and gratitude.  Three values that 15 years later remain ingrained in our culture; and that will still be front and center 15 more years in the future. 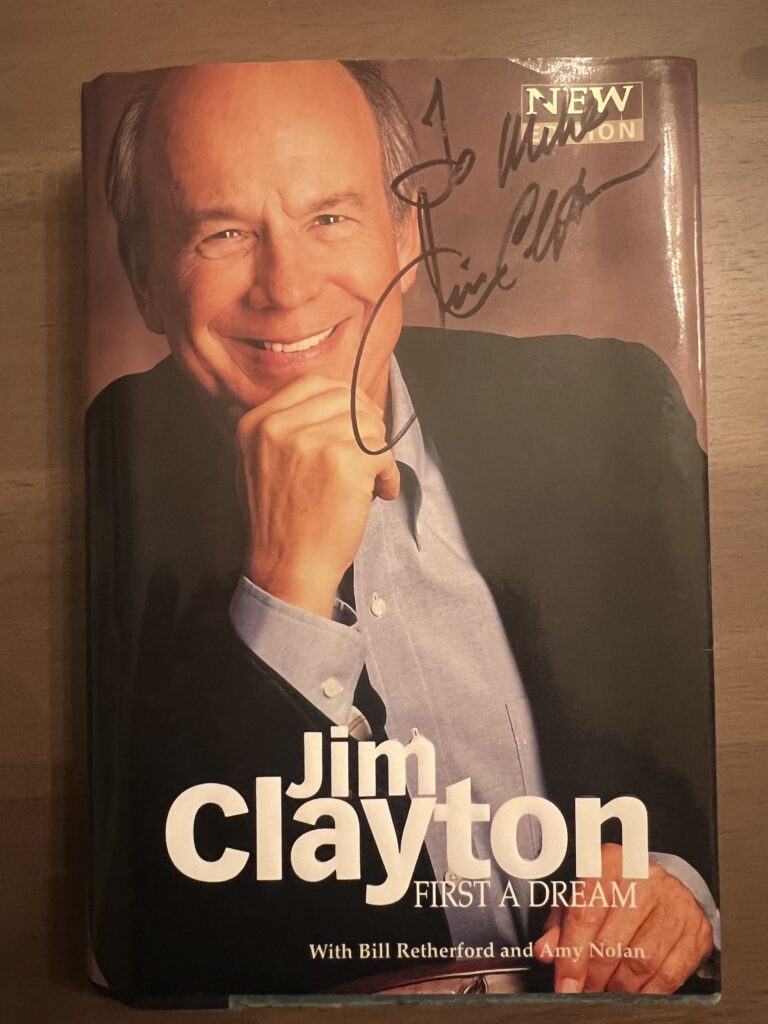